Stop the “I’ll do it later” Habit 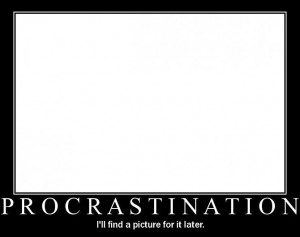 I know that most IRS and insurance tasks must be completed on time. However, there are some seemingly less important forms of taxation that I put off and say, “I’ll do it later!”

This occurred recently when faced with Form L-4175, a personal property statement from the city assessor’s office that requires a list of all furniture and equipment in an office. What a drag. Just glancing at the form with its boxes and spaces triggered an avoidance reaction. I wasn’t quite sure of how to fill it out and it stayed on the desk for weeks. Finally, at the last minute, I got some advice, completed it, and mailed it.

Most people at one time or other say, “I’ll do it later.” The reasons for procrastination vary: you’re interrupted, lack the energy or hate the task. Is it a big deal? The questions to ask are,

It’s one thing to neglect mundane tasks like washing the car or cleaning your house, but it’s quite another to ignore your taxes, insurance payments or medical visits.

Occasional procrastination helps you avoid tedious, boring or distasteful tasks and perhaps lowers stress—in the short term. Excessive procrastination, however, wastes time, money and energy. In the end, avoidance of important tasks usually increases stress and may lead to the loss of opportunities. 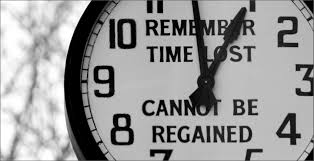 One strategy to stem procrastination is to schedule time for tedious tasks. For some tasks, planning a regular, monthly or quarterly time works best. For example, during such times, you may fill out travel vouchers, organize tax receipts and schedule appointments. For other tasks, it is best to plan times on a weekly or daily basis. Whatever the rotation, it needs to be a routine or habit. Plan to accomplish the task, do it, and enjoy a sense of accomplishment.

Currently, the use of smart phones helps many procrastinators to stop the “I’ll do it later” pattern. They carve out a time for the odious tasks, set an alarm, and bless their digital gadgets when the alarm reminds them to start.

Here are some action steps to help you curb procrastination tendencies:

If you drag your feet when it comes to IRS taxes, you’re not alone. The IRS estimates that 10.3 million individuals will apply for a six-month extension this year.  Some people need extensions because of illness or business situations. Others seek extensions because they procrastinate and even then, they wait until the last minute.

In the late 19th Century, William James, the psychologist and philosopher, said, “Nothing is so fatiguing as the eternal hanging on of an uncompleted task.”   A contemporary take on getting lost in a maze of procrastination is provided by Ellen DeGeneres:

Book Dr. Markel to Speak at Your Next Event? Connect Today!